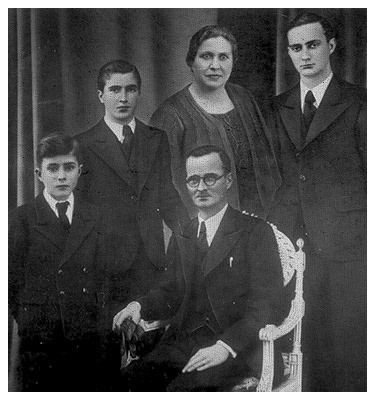 Enrique Forner, Cristina’s father, sold wines from a very early age. In 1920, his grandfather and his father founded “Vinícola Forner”, a family business dedicated to the production, sale and export of wines in Sagunto (Valencia).

Exiled to France during the Civil War, in 1952 Enrique founded a similar business in the Rhone and Loire Valleys (France) and in 1963 he bought two grand crue classé chateaux in the Haut Medoc (Bordeaux) –Château Camensac and Château Larose Trintaudon– convinced that he would be able to make some of the best wines in the world.

He returned to Spain in 1968 and, just as a century before Bordeaux winemakers and merchants had chosen Rioja after fleeing from phylloxera, he settled in Rioja and Cenicero, the heart of La Rioja Alta, to continue his great dream.

Bodegas Finca la Capilla can count on the experience of the Forner family developed in its Bordeaux Grand Cru Classé, its Rioja and Rueda wineries, and in international markets. The project also has the backing of its winery professionals in Rioja who have demonstrated their ability to consolidate highly dynamic excellence and international prestige.

The terroir as the cornerstone of origin and quality

The winery puts the vines and the selection of grapes first, which requires constant commitment and intense efforts to identify the best plots according to the weather conditions, soil quality, age of the vineyard and productive yields.

Only these unremitting efforts can enhance the potential of the vines and obtain the essential raw material that goes into great wines. The different categories of reds – crianza, reserva, gran reserva and special wines – must come from discriminating grape selections, vinification processes and ageing to achieve the greatest expressiveness of each plot and therefore the uniqueness of the wines.